The Example of Prague in Politics, Literature and Culture from 1848 to 1990

Students, including female students since around 1900, have been an important and influential part of Prague society. On various occasions they have been at the heart of important movements. Significant student movements emerged in Prague around 1848, 1892/93, 1939, 1948, 1968 or 1989, as well as after the language decrees by Prime Minister Badeni in the 1890s or the anti-Semitic protests against the appointment of the Jewish historian Steinherz as head of Prague’s German University in the 1920s.

Prague has been home to a wide range of institutions of higher education (two universities, two technical universities and various academies and conservatoires teaching art and music), which sometimes competed with one another, especially after the end of the 19th century. These are linked closely to the ethnic-national and multi-confessional constellations specific to Prague.

a) What influence did individual student movements have on political and social development? How justified is the self-perception of some of these movements as a social avant-garde?
b) What connections were there between students of the two main universities and what were their relations to other Prague universities?
c) Interaction between Prague and the home regions of the students: what impact did the experiences of students have on their regions of origin?
d) What role did female students have in individual student movements?
e) Did student movements (German, Czech, Jewish) take notice of each other except by directly confronting each other?
f) Was there continuity within individual student movements? Did individual movements consciously continue in the work of their predecessors?
g) What is the significance of student Prague as a place of remembrance? What influence did student networks have, even across historical breaking points, such as September 1938, the post-war expulsion of Germans, or February 1948?
h) How have opinions on student movements changed over time? Are there some student movements that have disappeared from public memory?
i) How are students or the representation of student life functionalized in relevant Prague novels and films?
j) What does the myth/stereotype of the Prague student add to the topos of the city?

Contributions that deal with one or more of the mentioned topics are welcome.
The `Call for Papers` calls upon academics from historical, literary and art-science disciplines as well as from general cultural studies. We ask for outlines (up to approx. 2,000 characters) of 20-minute lectures. Abstracts can be submitted in German, Czech and English. Please send the outline with your name, your title and the name of your research institution and your research specialism to one of the organizers by January 15, 2020. The organizers will pay for travel and accommodation costs. You will be informed if your lecture has been accepted by January 31, 2020. It is planned for the contributions to the conference to be published later on.

Adalbert Stifter Verein, Munich
Collegium Carolinum, Research Institute for the History of the Czech Republic and Slovakia, Munich
Institution for the study of literature, o.P.s., Prague
Institute for Economic and Social History of the Philosophical Faculty of Charles University in Prague 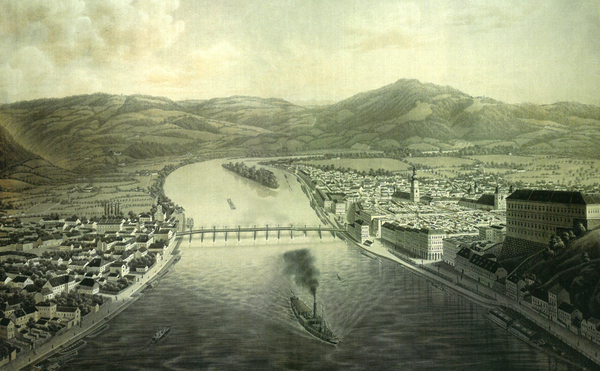 Interdisciplinary conference in the StifterHaus Linz

After several extended summer stays in Linz, Adalbert Stifter decided to take up permanent residence in the city after the revolutionary events of 1848 and in the hope of finding work in education.
In the context of urban development, state administration and everyday life in Linz, the conference focused on aspects such as urban development, industrial history, everyday life between 1848 and 1868, state politics and administration, media and newspapers, education and his personal environment (friendships, the household, Amalia Stifter) and personal interests. 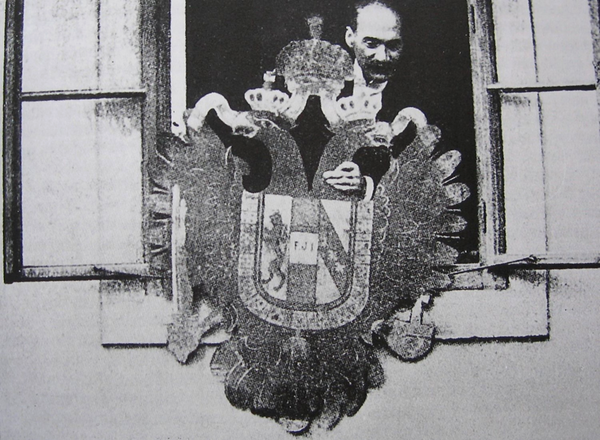 Between grief and triumph

The year 1918 in Central European literature

The end of the First World War is discussed in many different ways in novels, poems, plays, films and photographs, regret at the fall of the Habsburg monarchy as well as the celebration of the founding of the successor states. Together with the Institute for German Culture and History of South-Eastern Europe at the LMU Munich, the Adalbert Stifter Association organized an international conference at which literary historians from Central and South-Eastern Europe talked about the presentation and processing of the year 1918 in literature. Speakers at the conference included people from the Czech Republic, Croatia, Slovenia, Austria, Hungary and Germany. The predominant language at the conference was German.

The conference took place in the Hotel Dvorana in Karlovy Vary.