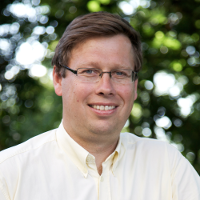 Wolfgang Schwarz, born in Regensburg in 1968, studied history and political science focusing on German foreign policy and dictatorships at the University in Regensburg. In 1998 he finished his doctorate after having spent time studying in Prague and Berlin. His dissertation was published in 2004 by the Oldenburg-Publisher under the title “Divided Like Brothers (Brüderlich Entzweit). Relations between the GDR and the ČSSR from 1961–1968”. From 1999 to 2002 he was a specialist in culture and publications in the secretariat of the German-Czech Future Fund in Prague. Since April 2002 he has been cultural manager for the Czech Lands in the Adalbert Stifter Association.

Wolfgang Schwarz has been a member of the Advisory Board of the German-Czech Discussion Forum since 2013.